I do not currently use this blogger page.  Please visit Lizzy's Dark Fiction at: 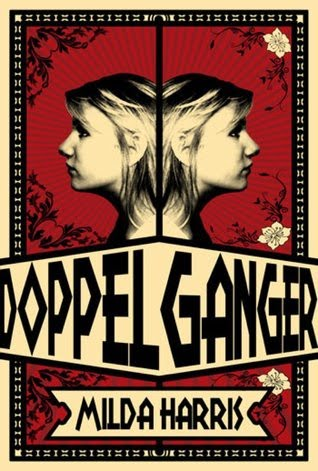 Citrus Leahy is having a really bad day. First she’s late to school. Then she runs into the girl who drives her nuts because she always calls her Orange instead of her name. To cap it all off, when Citrus finally makes it to class, she sees herself already inside. Wait. What? Citrus Leahy has a doppelganger! It’s probably aliens taking over the world and her life has just turned totally upside down. Goodbye, normal. Hello, paranormal! Luckily, her crush Aedan has the exact same problem!

Enter the tour-wide giveaway below.  Winners will be contacted by email.  Please respond within 48 hours.

Click to return to Lizzy's Dark Fiction
Posted by Lizzy at 3:21 AM 2 comments: 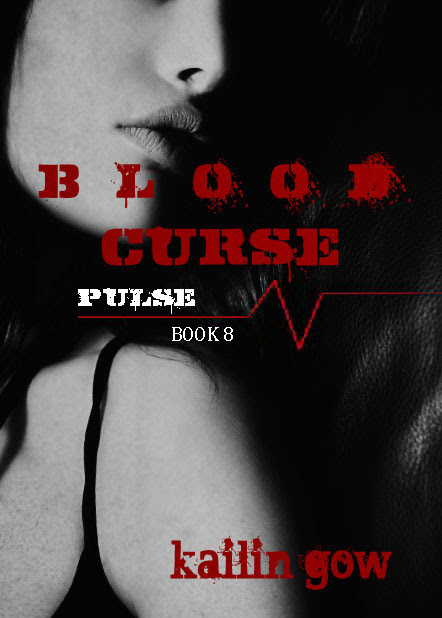 Kalina's blood is a gift. Kalina's blood is a curse. After finding out the source of her Life's Blood, Kalina is convinced her blood is more of a curse than ever. Her blood has awakened the source and now real evil is about to be unleashed into the world. Kalina and the Greystones have experienced victory, but now that Octavius has gone missing, it is a race for Kalina and the Greystones to stop the greatest evil that ever walked the Earth

The author is giving away to 1 US resident:

Return to Lizzy's Dark Fiction
Posted by Lizzy at 2:26 AM 2 comments: 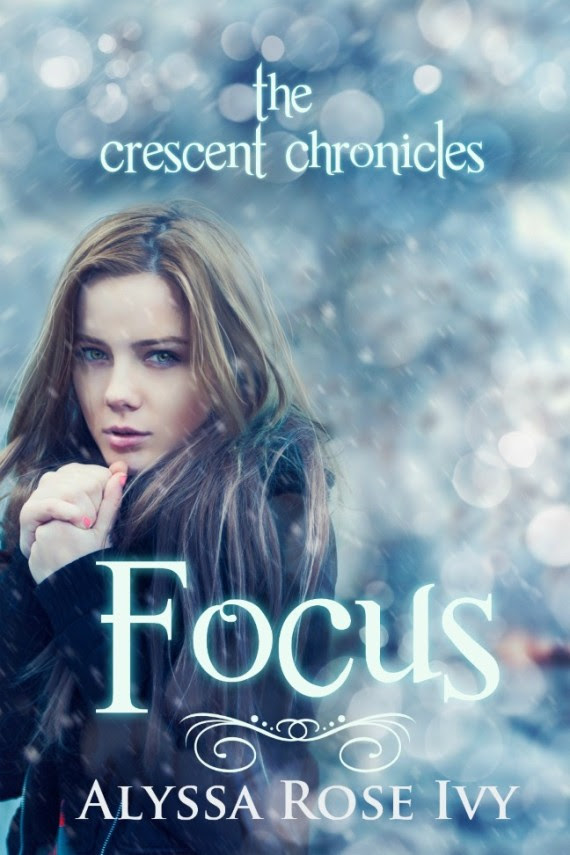 Freshman year of college is hard even when you’re not tied to the future king of a supernatural society.
Allie dives into college head first with Hailey as her roommate and the city of New Orleans as her backyard. As things within  The Society heat up, Allie realizes that whether she’s with Levi or not, she’s in far too deep to turn back.


Author is giving away

Fire on the Island Giveaway

Fire of the Island by J.K. Hogan

Publisher:  Sapphire Publishing
Genre: Paranormal Romance
This book released 8/2/12.  You can buy it as an ebook or paperback from Amazon and Barnes & Noble.  More reviews available on Goodreads. 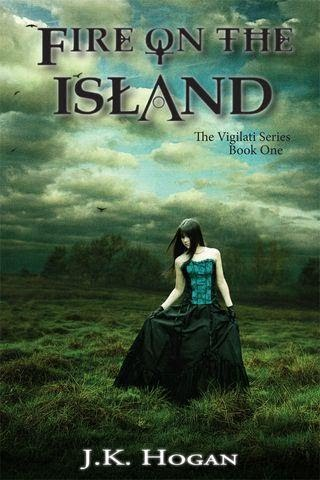 “She who wields the mark is the barrier between man and monster.  She is the daughter of gods, the mother of man, protector of all.  Vigilati Usque Ad Mortem”

All Isla Macallen wanted was a simple existence on her little Scottish island, free from hermother’s insanity and the prying eyes of neighbors. What she got was embroiled in a war for thesouls of mankind.  A war of good versus evil, of witches versus demons, and Isla learns that she alone can end it.

Dr. Jeremiah Rousseau was a self-proclaimed nomad, traveling the world researching paranormal phenomena. He doesn’t expect his research to lead him to Scotland, and to the woman who will turn his world upside down.

Together with a facetious shapeshifting animal spirit guide, Jeremiah and Isla discover that she is part of an ancient bloodline bred to protect the gateways between the human world and the spiritworld, to keep evil demons from destroying them. They must find the key to defeating Alastore,the demon king, and closing the gate before Samhain, when the veil between the worlds is lifted.  Alastore does everything in his power to eliminate them but, unbeknownst to all of them, Isla isthe only one with the ability to stop him for good.

See all my giveaways.
Head back to Lizzy's Dark Fiction

a Rafflecopter giveaway
Posted by Lizzy at 7:26 AM No comments: 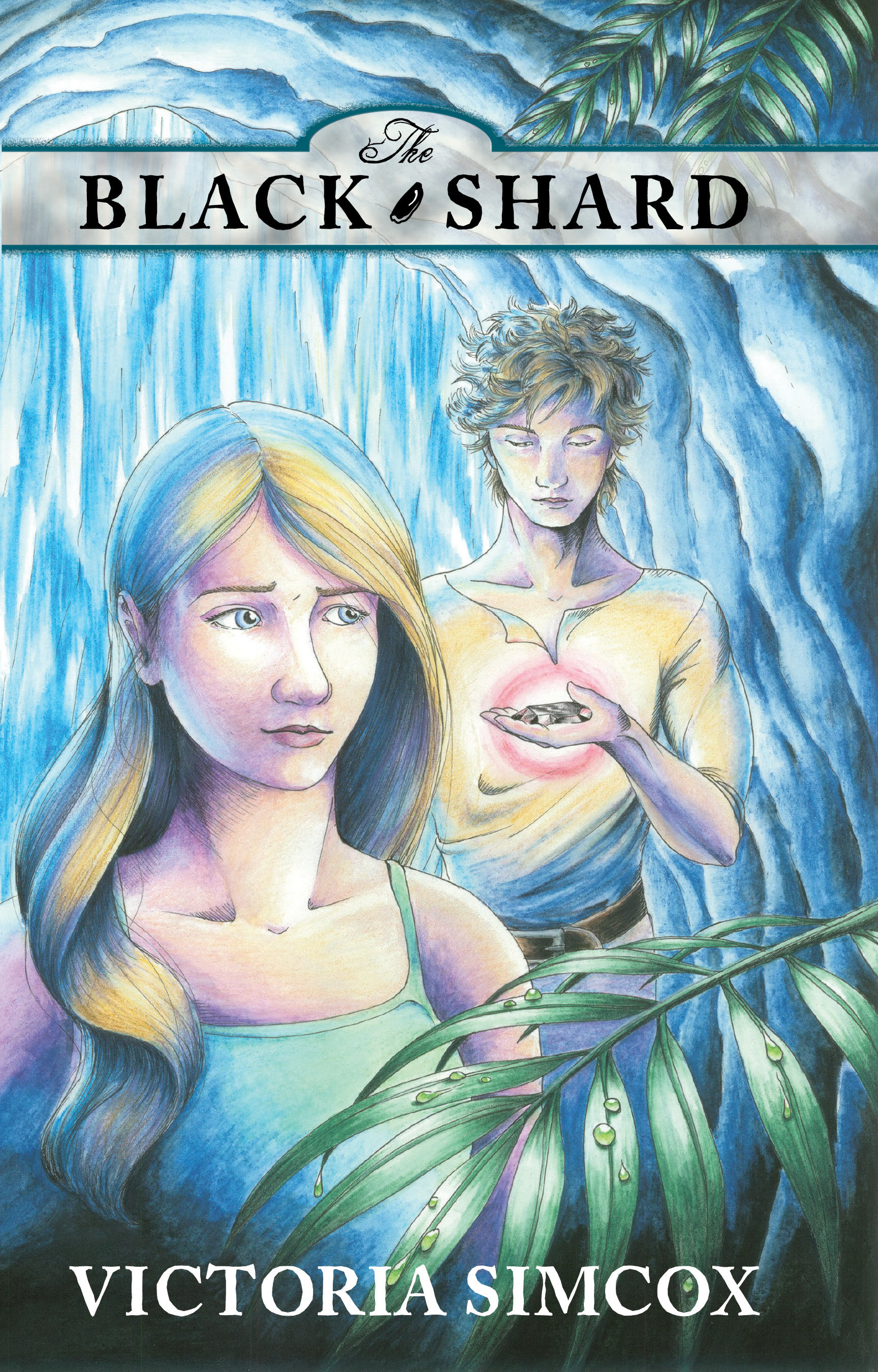 Kristina's stay at summer horse camp is horrible to say the least, and it's all because Hester and Davina are there as well, making her life miserable. When Hester's cruel prank goes terribly wrong, it's actually what sends the three girls back to the magical land of Bernovem. In Bernovem, Kristina is very excited to see her former friend, Prince Werrien. When he invites her to sail with him on his ship to his homeland Tezerel, putting it simply, Kristina can't refuse.Reunited with her gnome, dwarf, animal, fairy friends ... and best of all, Werrien, things seem like they couldn't get any better for Kristina. But when Werrien becomes fascinated with an unusual seeing stone, the "Black Shard," Kristina is haunted by a ghostlike old hag. Struggling against suspicion, guilt, illness, and ultimately the one who wants to possess her soul, Kristina will see it's in her weakest moment that she will encounter more strength than she has ever known.

This book is part of the Feed your Reader Giveaway Hop.  3 lucky people will win a ebook version of The Black Shard by Victoria Simcox.  Open internationally.  Winners have 48 hours to respond by email. 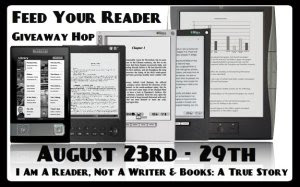 I have two other ebook giveaways currently going on.  See all my giveaways.
Head back to Lizzy's Dark Fiction

Giveaway: The Fire of Dawn 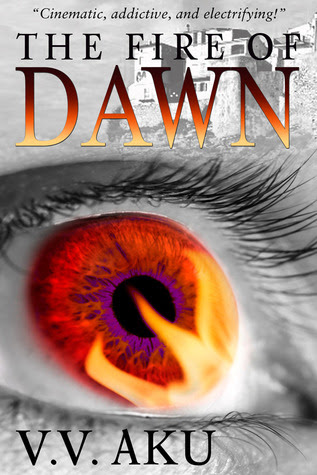 It’s the last day of the summer holiday in The Hague when Leah Koopmans’s carefree life as a teen is brutally flipped upside down. Her pale skin turns a dazzling gold, her senses heighten, and her muscles possess an uncanny strength. But with these exhilarating new powers comes a thirst that can only be quenched by one thing: human blood.
While her body craves for fresh victims and her heart drowns in guilt, she meets inhumanly handsome Max Machiavelli, who claims that Leah is immortal like him. Infatuation ignites into blistering passion when she joins his coven in Amsterdam. But as the mysteries shrouding her sudden change to immortality unravel, Leah quickly learns that her aversion to taking life isn’t the only thing that sets her apart from this group of herculean strangers.
From the picturesque canals of Amsterdam to Corsica’s limestone cliffs and the untamed Siberian wilderness; from first loves to fierce battles, The Fire of Dawn is an extraordinary tale packed with romance, betrayal, and bloodsucking suspense that will keep you on the edge of your seat till the very last page.

Head back to Lizzy's Dark Fiction